The BRAT Table tool will generate the attributes needed to run the other tools in the toolbox. 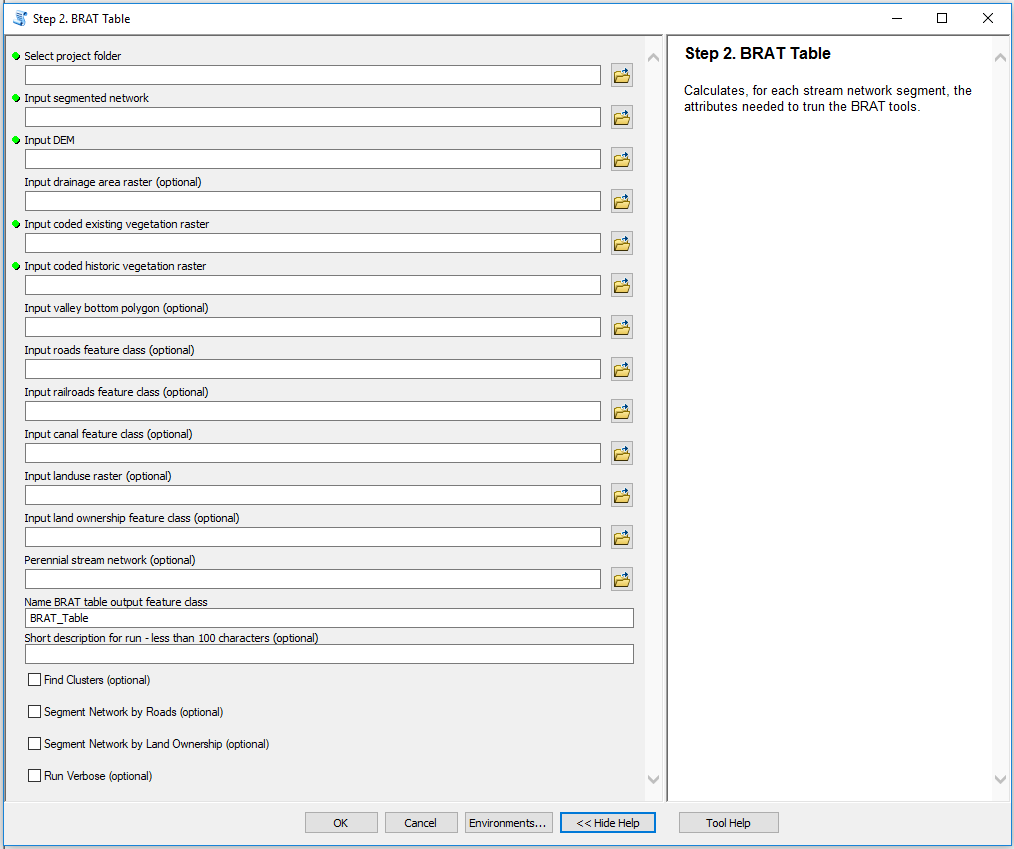 In addition, there are checkboxes that change the behavior of the tool in minor ways.

The tool will also create several folders in the 01_Intermediates folder. The first created will be a folder with the buffers used to bring the data into the BRAT Table. The folder will be named ##_Buffers. This folder will contain a 30m buffer and a 100m buffer, as well as a layer for each. The next folder will be called ##_TopographicMetrics, and will contain layers symbolizing data about the slope and drainage area of the BRAT Table. The third will be named ##_AnthropogenicMetrics, and will contain layers symbolizing data about the distance to canals, roads, road crossings, roads in the valley bottom, railroads, land use intensity, land ownership per reach, and distance to private land (priority beaver translocation areas). This folder will not be created if no conflict or land ownership inputs are given. The fourth will be named ##_Perennial, and contains a layer showing what streams have been marked as perennial and which ones are non-perennial.

Back to Step 3 Continue to Step 4.1
Back to Help